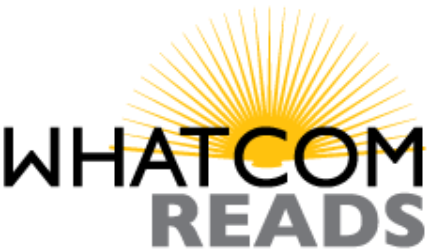 The Cold Millions by Spokane-based author Jess Walter is the Whatcom READS 2023 book selection. Michael Christie, author of the 2022 featured title, Greenwood, made the announcement during a March 4 event at the Mount Baker Theatre.

Winner of the Washington State Book Award and named to numerous “Best Book of the Year” lists, The Cold Millions follows the lives of orphaned brothers, Gig and Rye Dolan, as they struggle to realize their dreams of a better life. Spokane’s Free Speech Riots of 1909 form the backdrop of the novel and historical figures Elizabeth Gurley Flynn and Police Chief John T. Sullivan anchor the plot. As Gig and Rye careen through booze, flophouses, vaudeville, jails, and IWW protests, they find themselves caught between fighting for labor rights, looking out for each other, and securing personal safety. An intimate exploration of love, family, betrayal and loyalty, this book presents a wide range of discussion and programming opportunities leading up to the author’s visit in March of 2023.

Community members may borrow The Cold Millions as a book, eBook or eAudiobook from local libraries or purchase it from Village Books, which donates a percentage of each sale to Whatcom READS.

Leading up to the author events in March 2023, the Whatcom READS planning committee will work with community groups to create programs that explore themes from The Cold Millions. Inspired by the book, the 2023 Whatcom WRITES prompt is Between Fact and Fiction. Visit Whatcom READS website, whatcomreads.org, and social media pages for updates and to get involved.

About Jess Walter: A former National Book Award finalist and winner of the Edgar Allan Poe Award, Jess Walter is the highly regarded author of seven novels, one book of short stories and one nonfiction book. His stories, essays and journalism have appeared in Harper’s, Esquire, The New York Times, The Washington Post and many other publications. Walter began his writing career in 1987 as a reporter for his hometown newspaper, The Spokesman-Review. He has also worked as a screenwriter and has taught graduate creative writing. In addition to winning the Washington State Book Award, Walter has twice won the Pacific Northwest Booksellers Award (for The Zero and We Live in Water) and was a finalist for the L.A. Times Book Prize (The Zero) and the PEN/USA Award in both fiction (The Zero) and nonfiction (Every Knee Shall Bow). His novel Beautiful Ruins spent more than a year on the bestseller list. Walter was also a finalist for the 1992 Pulitzer Prize as part of a team covering the shootout and standoff at Ruby Ridge in northern Idaho. He lives in Spokane with his family.