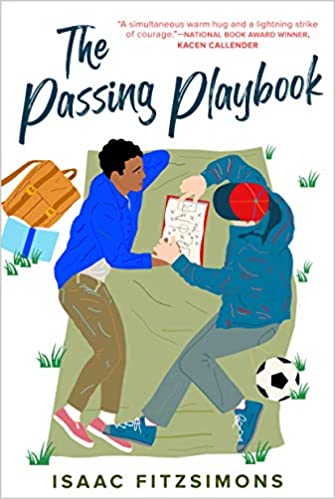 The Passing Playbook by Isaac Fitzsimons

This book is such a heartwarming romance. When Spencer starts at a new school, he is afraid that everyone will know that he’s trans. Taking a risk, and going against his parents wishes, he joins the boy’s soccer team. When a discriminatory law forces Spencer’s coach to bench him after he discovers the “F” on his birth certificate, Spencer isn’t sure what to do. All he wants to do is play soccer, but that would mean fighting the law and coming out to everyone, including the boy he’s falling for. Though the story can sometimes be overoptimistic, I love this book and think it is such a great read.