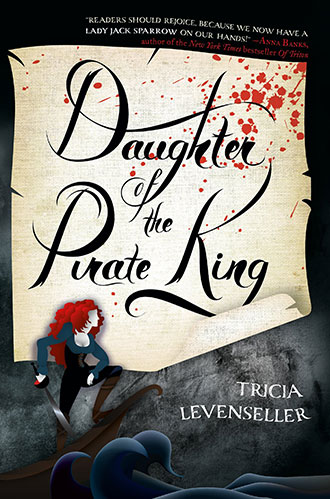 Daughter of the Pirate King

Alosa is the daughter of the legendary Pirate King, a man who rules over the seas with an iron fist. When she is sent on a mission to steal part of a map that will lead to a hidden treasure trove, she allows herself to be captured in order to an enemy ship. Now there’s only one person in her way, the clever and suspicious first mate of the enemy crew, who surely should be no match for the daughter of a pirate king. Right? This book radiates cunning pirate heroine energy with a little bit of a romance, and is a very fun read!