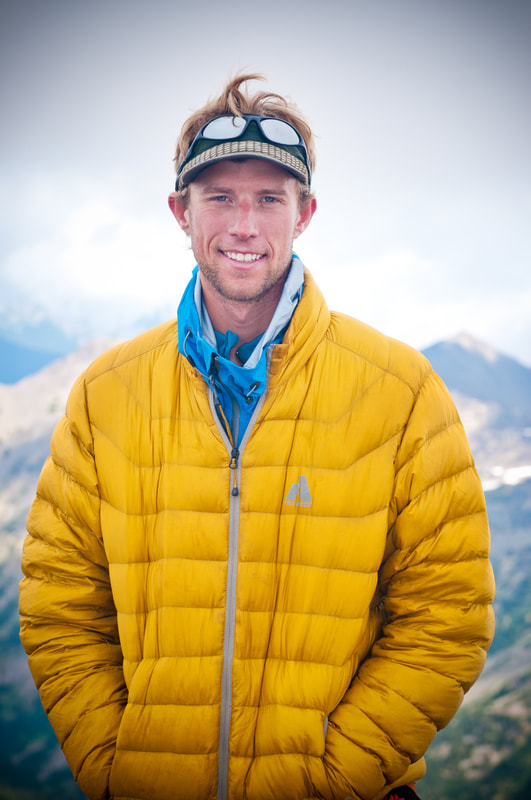 To celebrate 75 years of sharing stories, Whatcom County Library System (WCLS) created Read & Share, a countywide book group, and invited community members to read the featured title, Leif Whittaker’s gripping memoir, My Old Man and the Mountain. Now, as WCLS closes in on the final months of its anniversary celebration, it’s time to hear from the author and mountaineer at five free events Oct. 5 through Nov. 16 at the Blaine, Ferndale, Deming, Lynden and Everson libraries.

Whittaker studied creative writing at Western Washington University. The idea to write My Old Man and the Mountain came after climbing Mt. Everest. He was inspired by several climbers and mountaineering writers such as James Ramsey Ullman, Tom Hornbein, Timothy Egan, and his father, James “Big Jim” Whittaker, the first American to climb Mt. Everest.

Having had the experience of following in his father’s footsteps, Whittaker set off to write about Mt. Everest from a unique perspective. “There are so many Everest books out there that try to break down what the problems are or to talk about all the issues or the tragedies,” Whittaker says. “I really just wanted to drop people into a scene and have them feel what it’s like to be up there and get a sense of the mountain that way.”

When Whittaker climbed Mt. Everest, he took his father’s climbing journal along with him and read it as he made his ascent. In the book, he writes about the differences in equipment and knowledge between his 2012 climb and his father’s expedition in 1963. He also describes the appreciation he gains for the physical and emotional impact the climb had on his father.

Everyone is encouraged, whether you have read the book or not, to join WCLS at Read & Share author programs to hear Whittaker describe his experiences growing up in a mountaineering family and finding his footing as a writer and climbing ranger. There are three types of events: a book discussion and multimedia presentation, a film screening, and a discussion about local mountains.

MY OLD MAN AND THE MOUNTAIN: BOOK TALK/MULTIMEDIA PRESENTATION

Whittaker will share film segments from his time on Mr. Everest and photographs from his climbs as well as his father’s 1963 expedition. Like his book, the presentation isn’t just about climbing mountains but is about family, growing up in Washington state, and facing challenges in life. Whittaker’s passion, knowledge, and humor combine to create an entertaining and inspirational presentation.

Whittaker hosts a viewing of the film “High and Hallowed: Everest 1963”at the Ferndale Library. This film was created by a group of climbers that were trying to revisit the West Ridge ascent. “To this day, the climb of the West Ridge is the most incredible accomplishment of American mountaineering in history,” Whittaker says. “The film also touches on my father’s climb in 1963 and my climb in 2012.” Following the film, Whittaker will share stories from one of the climbers, Tom Hornbein.

Whittaker shares his experience as a climbing ranger hiking in the North Cascades. He will talk about his work with young people and the positive effects the mountains and wilderness have on people’s lives. “We’re surrounded by the most magical mountains in the world,” he says, “and I’d like to encourage folks to get out to their local mountains and experience them.”