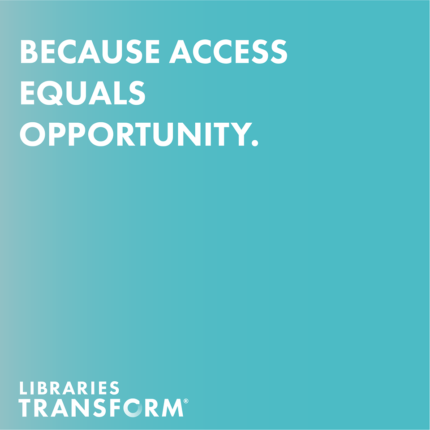 Public libraries in Bellingham and throughout Whatcom County are saying farewell to overdue fines.

On January 2, Bellingham Public Library (BPL) and Whatcom County Library System (WCLS) will join libraries across the country that have eliminated the practice of charging people for returning library materials after the due date.

This change is designed to help make sure everyone has access to library books and services – after all, that’s what public libraries are all about.

“Our goal is to improve access to libraries,” Rebecca Judd, Bellingham Public Library director, said. “We want to ensure that all Bellingham and Whatcom County residents – regardless of their circumstances – have easy and equitable access to their libraries.

“We believe our community is stronger when everyone has easy access to the public library and the information and services they need to pursue their goals,” Rick Osen, chair of the Bellingham Public Library Board of Trustees, said.

“We understand that it’s sometimes hard to return materials to the library,” WCLS Executive Director Christine Perkins said. “Weather, family demands, schedule changes; life has a way of confounding our best plans. Some community members are also challenged by uncertain housing or transportation.”

While overdue fines may be an inconvenience for some, for others — who have limited incomes and tight budgets — fines are a financial barrier to using the library.

This is a barrier that libraries across the country are removing. The list of libraries that have eliminated fines is growing, and includes Seattle Public Library and Chicago Public Library, the latter of which in October became the largest public library system in the U.S. to stop charging overdue fines.

The work of eliminating fines locally began in 2013, when BPL and WCLS eliminated fines from youth materials.

The Bellingham Public Library Board of Trustees is expected to take final action on policies to accomplish this change for all materials at its November 19 meeting. This change also is incorporated into the library’s proposed 2020 budget, now under consideration by the Bellingham City Council as part of the overall city budget and scheduled for final approval on November 18. The Whatcom County Library System Board of Trustees approved the change and associated policies and procedures in September.

How many cardholders cannot check out materials because they have too many overdue fines?

The majority of library borrowers return their materials on time. Across our two library systems this year, our patrons returned 93.1 percent of items on time.  We will continue tracking these numbers to compare in the future. Based on the experiences of other libraries, we don’t expect to see a significant change in this number after we stop charging overdue fines.

What would stop someone from keeping books or other library materials if there are no fines?

Patrons will still be charged a replacement cost for unreturned or damaged items and will still have their borrowing privileges suspended after a certain balance is reached.

Research shows that eliminating fines on overdue material has little significant impact on return rates.We do not believe that overdue fines teach responsibility, nor do we think that is part of the library’s mission. It is our job to provide equitable access to information. By imposing fines and prohibiting people from borrowing books when the fines add up, we are negatively impacting the people who may need us the most.

On Jan. 2, 2020, we will waive all currently owed overdue fine balances. Patrons will start with a clean slate. We hope this encourages people to return to the library.

How do overdue fines affect the library budget?

What other Washington libraries have eliminated overdue fines?