My Old Man and the Mountain by Leif Whittaker

Right in there is famed mountaineer Jim Whittaker, the first American to summit the world’s highest peak. His book, A Life on the Edge: Memoirs of Everest and Beyond, references his life philosophy: “If you aren’t living on the edge, you’re taking up too much space.”

In it, “Big Jim” talks about his larger-than-life climbing adventures, his experiences as first paid employee of Recreational Equipment Inc. (he became its CEO in the 1960s), his heartbreaks and failures. Imagine growing up as his son, constantly reminded not to take up too much space.

My Old Man and the Mountain is Leif Whittaker’s homage to his father, a coming-of-age tale of emerging from his father’s shadow, plus a high-altitude adventure story rolled into one.

Leif was a 2007 Western Washington University grad, living back at home in Port Townsend, nursing a freak back injury and wondering what to do with his life when he was handed an amazing opportunity. Eddie Bauer (the company, not the man) hatched a plan to send him to Everest. Leif’s mom and Big Jim would make the trek to base camp with him to celebrate the 50th anniversary of Big Jim’s historic ascent.

Leif’s account of the journey clearly expresses the anticipation and trepidation of attempting to go where few others have dared—and his dad was one of them. It also gives insight about some of the challenges along the way. These include a terrible stomach ailment that has normally hearty octogenarian Big Jim lunging for the bushes on the long hike in high altitude, and has Leif groaning in empathy in his tent a few days later.

Leif recounts the epic 1963 American Mt. Everest Expedition as his own attempt to summit Everest unfolds. He contemplates what it was like for Big Jim, Sherpa Nawang Gombu, and the rest of the historic team, comparing the gear, the conditions, and the mindset that compelled his father forward to the top. Leif is appropriately humble and determined to summit himself. Failure is not an option—not for a Whittaker.

Leif’s book was a finalist for the 2017 Washington State Book Award, and rightfully honored. Leif is at turns lyrical, reflective, irreverent, honest and descriptive. Though there have been dozens of excellent books about Mt. Everest and the people who dare to climb it, Leif’s holds its own. The father/son relationship adds another dimension—of testosterone, ambition, legacy and love.

Leif’s website (http://www.leifwhittaker.com)  says his home base is Bellingham, so keep an eye out on local trails (or perhaps one of our many brewpubs) for this accomplished climber and author.

Christine Perkins is the Executive Director of the Whatcom County Library System. She has no intention of ever climbing Mt. Everest, but loves to read about it.

Vietnamese
Get your free Library Card! 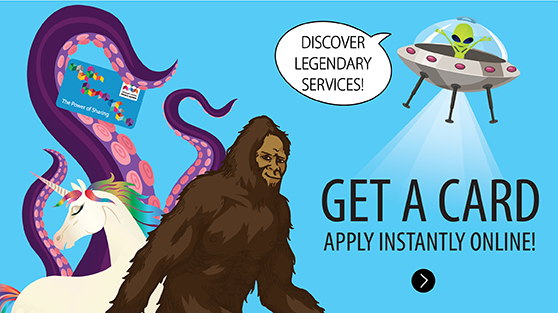 We have 16 different American Girl doll characters and over 100 dolls in our collection!
Place a hold today and soon you will meet a new friend!

The Photoshop Essential Training: The Basics video has been viewed by WCLS patrons more than 675,225 times making it the most popular training offered to our patrons.